It's a Tough Job but Somebody has to do it 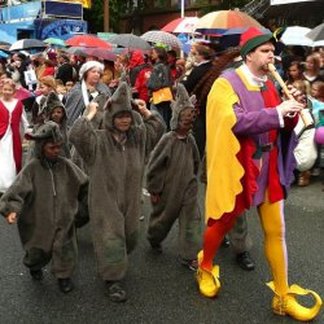 Yep, for all you official rat catchers out there you do indeed have a special day devoted to you, and your goodly deeds. Rat Catcher's Day is the official date each year when rat catchers everywhere are recognized for their bravery in ridding communities of that oh so frightening pest known ever so commonly as the R A T.

There are actually two official dates that people celebrate Rat Catcher's Day on so depending on where you reside and which day you prefer Rat Catcher's Day can fall on either June 26 or July 22.
A Cat May be Able to Help but is no Match for a Pack of Rats

So When Exactly Should you Celebrate this Holiday? 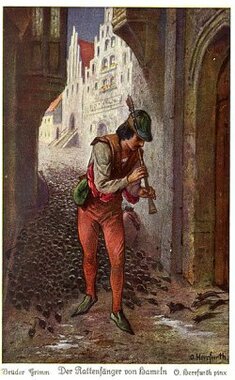 The official date for Rat Catcher's day became a little murky through time. There is a very logical reason why this confusion over the true date exists.

The holiday was set to mark the date that the Pied Piper famously led the rats out of the city of Hamelin. There are however two very famous citings of this tale. It is June 26 1284 that the Brothers Grimm place as the day in which the Pied Piper led the rats out of Hamelin while July 22 1376 is the date Robert Browning voices this momentous occasion as occurring on.

You can see how the confusion as to which day to celebrate arises. It is therefore acceptable to celebrate Rat Catcher's Day on either or both of these official dates.

If you are a rat catcher (or know an official rat catcher) both Rat Catcher's dates of June 26 and July 22 are appropriate for you to officially celebrate the grandness of this profession.
Rats Have Been Hunted and Trapped for Generations 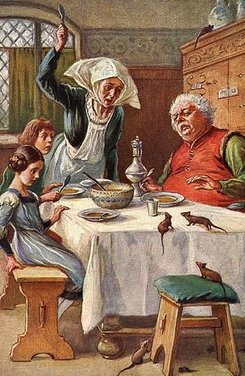 Rats can squirm their way into almost any location. They flatten themselves out to slink into the smallest of openings and can virtually climb walls if the necessity arises where they have a desire to reach an upper area.

If left to their own devices rats can quickly become an infestation. They can breed up to twelve times a year and produce generally six offspring each time but can on occasion give birth to twenty or more young from one pregnancy.

Destruction of our food crops, stocks, and property, the dropping of feces, and the fact that rats can often carry disease ridden lice and fleas has kept this creature on the top of man's hit list.

This rodent is believed to have been responsible for the bubonic plague outbreaks that killed millions of people. Even today rats are still largely responsible for spreading illnesses such as infectious jaundice, trichinosis, and typhus.
There is One Province in Canada that Will Not Tolerate These Rodents
Alberta Canada is a Strictly Enforced Rat Free Zone 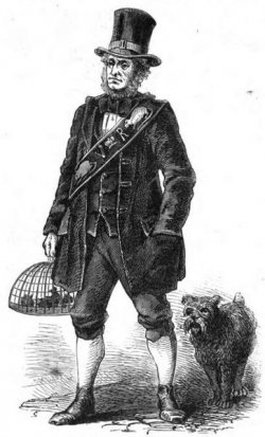 Official Rat Catcher
Alberta Canada is designated as a rat free province. Yep, it is true. Alberta spends around $500,000. each year to insure that no rats enter their province. They have official rat catchers out searching for any rat that just might manage to find its way into that Canadian province.

It all started back in the 1950's and continues on today. Not only are wild rats not welcome in this province but tame ones are just as diligently hunted down and removed.

Don't consider sneaking a pet rat in with you or your furry little buddy will be quickly and officially escorted right back out of the province again. It is illegal to own a pet rat in Alberta and rats are just not welcome in Alberta.

Alberta has officially been rat free now for over 50 years and it is believed that rat catchers within the province are doing a very good job there. Although there was a rat in the province scare not long ago and rats was actually found within the borders of this rat free province. The appropriate authorities immediately raced in to eradicate the nest.
Rat Catchers This is Your Day of Appreciation

Do you Love em', Hate em', or Simply Tolerate em'
I am sure that in Alberta a few rat catchers will be getting a pat on the back for their hard work and dedication in keeping the province's rats under control. Surprisingly Canada is not the only country that still has official rat catchers today. So be aware that these hard working folks are out there and spread out across the entire globe that we reside. They are busy scouring basements, landfills, and alleyways keenly keeping their little area of the country free of a dreaded rodent infestation.

Love them, hate them, or are scared to death of them these rodents will likely be our neighbors for a very long time into the future. For all the official rat catchers out there a tip of the hat. There is an official day when your good deeds are recognized. I sure hope that you have a great Rat Catcher's Day and celebrate it with a party or at the very least with a toast or two.
​Five Rat Facts That You May or May Not Know